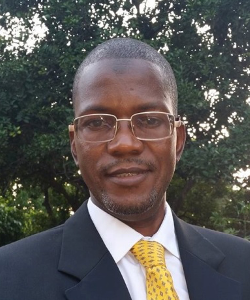 Essa Jallow is a Communications Specialist at the Gambia Truth Reconciliation and Reparation Commission. He is the head of communications and outreach at TRRC. He holds a BA (Hons) Degree in Interactive Media and a Foundation Degree in Broadcast TV production. Essa is an experienced TV presenter, producer and director. He also has good camera work and video editing skills. Essa has worked in broadcast for more than two decades.

He holds a BA (Hons) Interactive Media degree from Liverpool John Moores University, a Foundation Degree in Broadcast TV production from the University of Salford, and a diploma in Media Technique (Video Production) from WFA Media and cultural centre, Manchester.

Essa's career ambition is to obtain a Master’s Degree in Television Production Management.